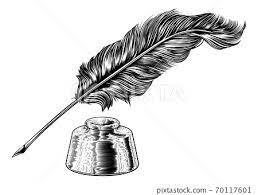 D.A. Carson, the famous Bible scholar and co-founder of the Gospel Coalition, says that defining the Gospel is all about asking two big questions concerning humanity: What is wrong with the world and what is the solution to what’s wrong with the world? Well, the Bible tells us very quickly what is wrong with the world. In fact, we can find it near the very beginning in Genesis 3:6: “The woman saw that the tree was good for food and delightful to look at, and that it was desirable for obtaining wisdom. So she took some of its fruit and ate it; she also gave some to her husband, who was with her, and he ate it.” I emphasized two aspects of the verse: italics represent the temptation and bold represents the fall!

So Eve, the woman, broke the one rule that God had placed over mankind in the Garden of Eden, DON’T EAT FROM THIS PARTICULAR TREE! That first act of disobedience had immediate results. Immediately, they realized they were naked. It’s ironic that the shame of nudity is rooted in the sin of man! Almost every religion in the world views nudity in a shameful sense. Second, there was the consequences just over the horizon. The serpent, who was compliant with Satan in the fall, was struck down on his belly. This can also demonstrate the broken relationship between man and beast, because in the beginning before the fall, man and beast had a unique relationship, with some theologians even speculating the ability to communicate. Now all that is gone! The woman was told she would now suffer in the midst of child birth. Having been present when my wife gave birth to our daughter, I can tell you that it was a traumatic but rewarding experience. However, having also been present when various animals (cows, horses, dogs, cats) have given birth, I’ve noticed a stark contrast between female animals and female humans. Unless things get complicated, female animals do not show as much distress in birthing as human females. I personally believe this is directly related to the punishment of sin. Finally, man was told they would labor to make things grow and that animosity would alway be between his offspring and the serpents. As time progressed from Genesis 3, sin would circumnavigate the world and poison the hearts and souls of every man, woman, and child. We see it in disobedient children and we see it in global genocide. So we answered Carson’s first question, what is wrong with the world. Mankind broke divine law and is now separated from God.

So what of the solution? When you study sin (hamartiology), you delve into the world of religion. Surprisingly, most religions do not have a concept of sin, but rather something like karma, or both good and bad elements that cling to the soul, which ultimately determine what you will become in the next life. This is where religious concepts such as “living a good life” and “the good outweighing the bad” come from. However, these do not answer the question of what to do with sin. For those religions that do acknowledge sin (Judaism, Christianity, Islam, etc.), it become an issue of an act or a state of being. For instance, in Islam, men are sinners, but not sinful! However, in Judaism and Christianity, it is a state of being. Due to the sin of Adam and Eve, we are all born into original sin and all have a nature of sin, not just moments where we sin. Sin nature explains the condition of the world, where evil abounds. It isn’t just moment by moment, but ingrained in our very nature. As I often share with the church, we don’t have to teach our kids to sin, we have to teach them how to obey! Paul teaches us in his epistle to the Romans that “all have sinned and fall short of the glory of God…” (Rom. 3:23). Again, sin is not a moment by moment problem, but a human nature problem that plagues all peoples. Paul later told the Romans (6:23) that “the wages of sin is death.” When I was little, that phrase confused me. However, once I turned 16 and got a part-time job, it made better sense. The payment for sin is death, more importantly, Hell, eternal separation from God. And we all deserve it, because we all have sinned!

But here is the solution, the GOSPEL! “But God proves His own love for us in that while we were still sinners, Christ died for us. How much more then, since we have now been justified by His blood, will we be saved through Him from wrath. For if, while we were enemies, we were reconciled to God through the death of His Son, then how much more, having been reconciled, will we be saved by His life” (Rom. 5:8-10). I love these verses. We go from hopelessness to the knowledge that God’s Son has died for us and we have been saved by His blood. However, there are still some details left to be explained, but Scripture does just that! In his sermon after Pentecost, Peter told the crowds, “Repent and turn back, so that your sins may be wiped out…” (Acts 3:19). So we’ve been told that God’s Son, Jesus, has died for our sins and by His blood we are saved from our sins. Furthermore, we are told that we must repent and turn back so that our sins would be “wiped out.” As we stand, all our wires are not connected. Paul told the Ephesians (2:8) that it is “by grace you have been saved through faith; and that not of yourselves, it is the gift of God.” I like this verse. It is by our faith we are saved, but even the grace brought on by our faith is not something we can generate; it is entirely a work and gift of God! The kicker in this verse is that salvation is not something we can earn. It is given to us as a gift from above! So how does this tie all together? Well, Paul’s final words to us from Romans 11:9, 10, and 13 answer that question: “If you confess with your mouth Jesus as Lord, and believe in your heart that God raised Him from the dead, you shall be saved; for with the heart man believes, resulting in righteousness, and with the mouth he confesses, resulting in salvation…for ‘WHOEVER WILL CALL UPON THE NAME OF THE LORD WILL BE SAVED!’”

So here is the Gospel message, Carson’s solution to sin in the world: God looked at a broken world, devastated by our own sin, and He sent His only Son. Jesus lived a life free from sin yet died on a cross as a sacrifice, an atonement for the sins of the world. On the third day, God raised Him from the dead and now He sits at the right hand of the Father interceding on our behalf. Finally, and here it is crucial, anyone who acknowledges their own sin, the need for a Savior, who believes in Jesus and the work God sent Him to do, that believes He died and rose again, and will confess Him as Lord WILL BE SAVED and their sins will be wiped away!

So we’ve addressed sin and the Gospel. But we must go further. What of the church? Well, our friends over at The Gospel Coalition have the following things to say about the church. First, it is the people of God who have been saved through faith in Christ and incorporated into the body of Christ through baptism by the Holy Spirit. It refers to every Christian, both now and the past, who have believed. It also refers to local congregations of believers. Its mission is simple: reach the lost, train the believers, serve on another, and send out missionaries to repeat the process! But what about when sin gets into the church? Well, one should not be shocked that sin exists in the church. The church is made up of sinners. You are a sinner and I am a sinner. However, the church should never seek to cover up sin. Instead, the church should seek to expose sin and call sinners to repent! And that’s where the Southern Baptist Convention most recently dropped the ball.

As many have read or heard reported on television, the Southern Baptist Convention had an internal investigation conducted by a 3rd party investigator about how leadership in their Executive Committee handled reports of sexual abuse over the past 20 years. The bad news is that former leaders attempted to coverup sexual abuse in churches and seminaries for whatever reasons. The good news is that current leadership is doing exactly what needs to be done, bring sin into light and refocus on the mission of the church. The Task Force appointed to oversee the investigation and make recommendations has called for a new task for to implement these recommendations and for a database to be developed documenting credible reports of abuse and those guilty of the abuse! We aim to never let predators use the pulpit or the church to harm anyone ever again! These same measures are being taken at the state level, with the West Virginia Convention of Southern Baptists being proactive by appointing its own task force to develop policy and make recommendations. While there has never been a reported case of sexual abuse in a WVCSB church, we wanted to set things in place to a) continue to prevent it from happening and b) make sure if it does happen we will respond in a Godly manner! I take a little pride in these actions as I had the privilege of chairing that task force. Here at Berkeley Baptist, we are being proactive as well. I hope Caring Well, a ministry initiative aimed at combatting sexual abuse and helping victims of sexual abuse, will be in place at our church by the end of 2022.

Make no mistake: sexual abuse in any form is a sin. It is also criminal. Berkeley Baptist is committed to ending sexual abuse in religious bodies, serving as an example to other churches what proactive ministry looks like, and reporting any cases of sexual abuse, especially of minors, to the proper authorities IMMEDIATELY!

Sin, in all forms, separates us from God and ultimately hurts us. We are committed to helping people repent and learn the love of Jesus!